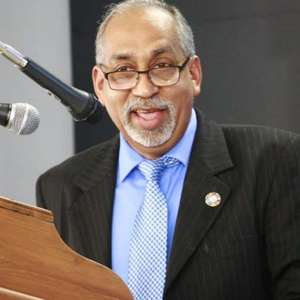 United Nations Academic Impact was first introduced at the 2014 Alumni annual meeting of Christian College, Chengannur. Attendees of the meeting were interested and BMC, Thuruthikadu, received UNAI membership first in Kerala. The word spread to nearby colleges and St. Thomas College, Kozencherry, followed by Christian College, Chengannur received the UNAI membership as well. At that moment I put forward the idea of creating a network of UNAI members and Kerala Forum on United Nations Academic Impact (KFUNAI) was created. The official first meeting of KFUNAI was convened at Relax Inn, Chengannur, Kerala. Currently we have 60 plus professional Colleges and Universities in Kerala State and in other States of India. ...

I have joined the greatest Organization, the United Nations, Department of General Assembly and Conference Management, Publishing Section, (formerly Reproduction Section) on 20th September 1994 and moved different section in the department and first as a Lithographer at the Camera Unit of Reproduction Section. After That helping the staff members in the department with Computer Technical support with hardware and software. Later joined the Copy Preparation and Proofreading Section, involved in Tech. Support, Desktop Publishing for UN books, hard copy, in digital format and admin office manager.

On the education profile; I had completed my schooling in Kerala and undergraduate studies in Kerala University affiliated Colleges, Kerala, India and Printing Technology diploma from Madras, India. Before joining the United Nations Organization, I have worked in Madras, Bombay (India); Kuwait; Toronto (Canada) and New York (USA). While working in Kuwait, we lost our livelihood due to Iraq invasion in Kuwait, became refugees and fled the country by road to Amman, Jordan, via Bagdad, Iraq. After 16 days of travel by road altogether to reach Amman, Jordan, and by Air India evacuation flight reached Bombay, India.

During my service, I took the challenge by promoting United Nations Academic Impact (UNAI) membership for professional Colleges in India along with Chief of UNAI, Mr. Ramu Damodaran. I was able to assist 60+ professional Colleges and Universities to achieve UNAI membership and spending time to support the members with activities like, seminars, workshops and projects, related to UNAI 10 principles SDG 2030 and Agenda, even after my retirement. I have created an NGO, represented by all UNAI Member Colleges and Universities in India and holding the position as Patron to promote, UN’s Global mission of Peace, development, human rights and Sustainable Development Goals, and to give direction and guidance to implement UNAI activities and create a global citizenship mindset.

During my service at the United Nations, I was an elected New York Staff Union Council Member for 42nd and 45th Councils and elected to serve as Treasurer of the NYSU 45th Council. Served in several Staff Committees, namely, Audit, Garage Administration, Health and Welfare, and Albano building reconstruction, as Staff Union Representative.

Currently, I am a Certified Financial Advisor and a Registered Principal of Financial Investments; educating and serving, families, friends and communities, for their financial independence and setting their goals to retire and creating wealth for their future generations.